You are here: Home / Essentials of EM / The Gaco Cycle (No educational content)

Two weeks ago, some of the EM residents and I were in Las Vegas for the Essentials of EM conference.  It was a great time, with many highlights, one of which was the first night of drinking with Damjan, AKA the Serbian teddy bear.  Damjan’s (pronounced Dam-yin) mission was to get blind drunk ASAP after getting off the plane, so he proceeded to get 4 double tremclad-cokes (actually bourbon, but they tasted like paint thinner) in our first half hour at the Cosmopolitan.

At this point he decided it was time to play some poker, so we headed over to Planet Hollywood.

What happened next is best shown in diagram form. 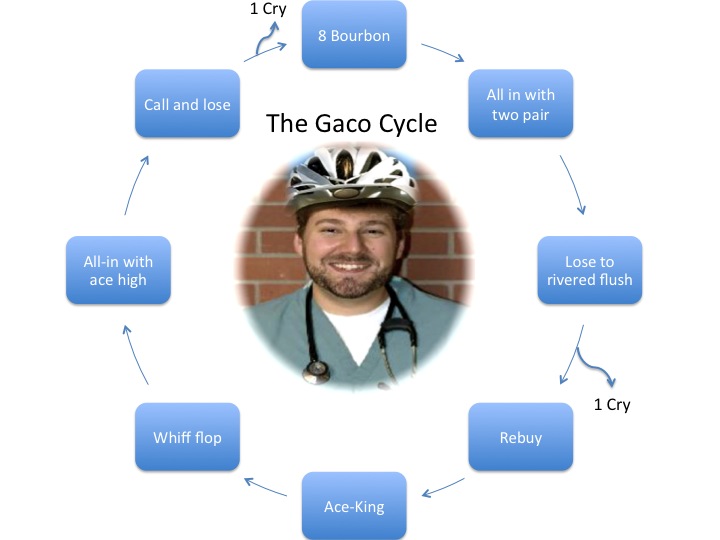 Two hands and 10 minutes later, we were done.
In this variation of the Krebs cycle, 8 bourbon in leads to 2 cry as the product.

Next trip maybe we’ll get to Gacolysis or Oxidative Damjanalation.