You are here: Home / Appendicitis / The Negative or Inconclusive Ultrasound in Appendicitis – Can a CDR help? 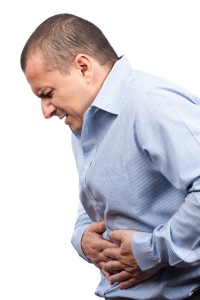 The September edition of journal club featured two articles focused on the diagnosis of appendicitis.  These articles each highlight some critical EBM points, which is why I’m breaking them apart into separate posts. This post will only focus on the first article, which examined a potential clinical decision rule for the management of patients with inconclusive or negative ultrasonography in the setting of suspected appendicitis.

A simple clinical decision rule to rule out appendicitis in patients with nondiagnostic ultrasound results.

There are multiple methodologic standards for interpreting a CDR.  The Annals of Emerg Med has a nice 2014 update on this here.  This would be a good paper to read or bookmark for residents.

The clinical scenario in which an emergency physician is presented with a young patient with clinically suspected appendicitis and an inconclusive ultrasound is common and one that could benefit from a well designed CDR to rule out disease in a moderate to high risk patient. Unfortunately, other than asking a relevant question, there are several limitations of this CDR that prevents it from being clinically useful.

First, the rule would have been more helpful if it resulted in a definitive course of action such as CT vs No CT or discharge only, rather than next day re-evaluation for all. Its design and methodological standards were also not ideal. Data for both the development and validation were retrospectively taken from two separate diagnostic accuracy studies that a priori were not designed to create a CDR. Patients were selected as a convenience sample introducing sampling and spectrum bias and there was no mention of blinding. Resident and staff radiologists performed ultrasounds, which is not the standard here in Canada. This may also explain the high rate of positive appendicitis in negative ultrasounds as the skill level of the ultrasonographers varied immensely.

It was also puzzling that the authors included negative ultrasounds in their study, as most physicians with a negative ultrasound would typically send the patient home with clear discharge instructions. In addition, the radiologists were aware of the fact that they were involved in a diagnostic accuracy study that likely introduced a performance bias and may have influenced the high inconclusive ultrasound rate (22 and 47%). In addition to the aforementioned, external validity was also limited by the CDR performance difference in the development and validation set (12% vs 6% miss rate) and by a high prevalence of appendicitis (52-60%). There were a few experts in pediatric appendicitis in attendance and our local data was quite different – we had a much lower prevalence of incompletely visualized appendices.

Ultimately there was consensus that a ‘miss rate’ of 12% was too high for both pediatric and adult populations. A miss rate of 3-5% would be more reasonable. In general when most staff are presented with a negative ultrasound, if there is a re-assuring re-examination of the patient they will discharge them with very clear instructions of when to return to medical attention. With respect to an inconclusive ultrasound, where there is a lot more diagnostic uncertainty, most staff will proceed to a CT scan if clinically concerned in the adult population. Our pediatric emergency colleagues typically get their patients admitted for serial examinations from general surgery.

An inconclusive ultrasound in the context of clinically suspected appendicitis remains a clinical presentation that would benefit from a CDR that is both methodologically rigorous in derivation and leads to a defined clinical action.

Thanks to Natasha Wright (PGY-2) for contributing and Shawn Dowling (FRCPC) for reviewing this summary.