You are here: Home / EBM / Welcome to SOCMOB!
THE INTRO
“You’re not going to use lidocaine with epi for that ring block, are you?”
“Whoa, that potassium is 7, go get some Kayexalate.”
“Calcium in a digoxin overdose, you’ll kill them!”
Do any of the above sound familiar to you?  I hope so!
I’ll venture to guess that many of you have heard injecting the “fingers, toes, ears, nose or hose” with epinephrine will cause your patient’s bits to start falling off.  Or that Kayexalate will “exchange that potassium” and fix hyperkalemia. And if you give an amp of calcium to a dig toxic patient, their heart will turn to stone!
What is this all about? 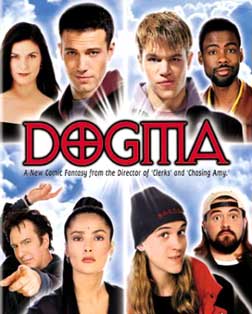 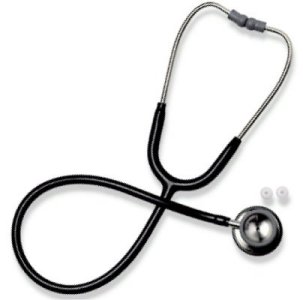 David Newman of the NNT and SMART EM fame said it best in this article from Annals of EM in 2007:
“Although axioms are universally accepted principles or rules, pseudoaxioms, like pseudoscience, are false principles or rules often handed down from generation to generation of medical providers and
accepted without serious challenge or investigation.”
As medical trainees, whether we are nurses, paramedics, residents, or any other health care provider, we are bombarded with information at every opportunity.  Often, it is the simple question, “Why?”, that befuddles us or our preceptors the most.  We often respond with correct, evidence based answers.  But just as often, we give answers like “that is how we’ve always done it” or “Rosen’s, Tintinalli’s or (insert other textbook) says so?  It is at times like these that we must go back and look at why humans, and not computers, practice medicine.
Medicine is a field based in Science, and prides itself on the powers of observation, logic and reasoning.  Over thousands of years, observation has served us extremely well, but in the past few decades, there has truly been a paradigm shift.  Evidence based medicine.  More recently, Free Open Access Medical Education or Med-ucation (FOAM) has spread like wildfire, and we are able to share information in real time, across the globe.  Rather than wait months or years for an NEJM article to be published and disseminated across the country, we can now tweet critical appraisals of articles that came out yesterday.
Combining EBM and FOAM, medicine is in a golden era, not because of the superior technologies and techniques we have available, but because we can instantly re-examine the evidence for a particular topic through an online search.  Just tweet it to a friend, and the discussion begins.
Let’s take a look at the pseudoaxioms mentioned above.  Since it’s an intro blog, I’ve chosen three that have been reviewed beautifully by some of the super-geniuses in the EM world.
First, the purported dangers of injecting epinephrine into digits.
This was still (and maybe still is) published in Toronto Notes when I began medical school in 2006. For Canadian med students/residents, Toronto Notes is kind of like a bible for our end of medical school licensing exam.  In addition to the paper linked above, David Newman gave an amazing lecture on pseudoaxioms for USC Grand Rounds in Nov. 2011.  It can be found in the itunes store if you search “USC Emergency Medicine.”
Bottom line:  Don’t put your finger in hot boric acid!   A common theme that arises from papers advocating against the use of epinephrine was the surgeons sending their patients home with instructions to keep their wounds clean by immersing them in “hot boric acid”.  Sometimes, the patients were still partially or fully anesthetized, and thus could not feel the temperature or severity of the burns being caused by the acid.
In his lecture, Dr. Newman also covers some other great ED myths including; septal hematomas, treatment of strep throat and others.  Well worth a listen.
Second up is the use of Kayexalate or sodium polystyrene sulfonate for treatment of acute hyperkalemia.  There is a brilliant podcast over at the emcrit site that is a must-listen for anyone who has ever used Kayexalate.  Have a listen, then do yourself a favor and look up the two 1961 NEJM references and have a read.  Great stuff!
Bottom line: Kayexalate is no more effective than placebo in reducing potassium for treatment of acute hyperkalemia.  The drug was approved by the FDA in 1958, yet it was 3 years before a study was required to be done on it.  This study is a must read, as it contained 10 patients, 5 of whom received sorbitol+resin, 3 received sorbitol only and 2 received sorbitol+resin as an enema.  The sorbitol only group had a non-statistically greater reduction in serum potassium (6.3 to 4.6) than the sorbitol+resin group (6.6 to 5.2).  They state “sorbitol alone is as effective as a combination of resin and sorbitol in removing potassium, or more so. However, sorbitol alone necessitated a greater volume of debilitating diarrhea. In either case the predictability of the fall in serum potassium was impressive.” A second study supporting the use of Kayexalate was in the same issue of NEJM, and was an uncontrolled, 32 patient trial with NO CONTROL GROUP.  Yup, times have changed.
Recently, there have been multiple case reports of intestinal ischemia/colonic necrosis with Kayexalate, one of which can be found here.  Safety and effectiveness are reviewed by Sterns et al. here.  So when I show up with my K of 8, no Kayexalate for me please.
Finally, digoxin toxicity.  As a cardiac poison that’s been in use for hundreds of years, the literature on this is a lot of fun to read.  There are countless articles that start with sentences like “Over the past year I have seen four cases of poisoning with foxglove”, which is how articles were written back in the day.  Along with this body of mostly observational literature comes many conclusions based on case reports, including the concept of the “stone heart”.  This refers to cardiac arrest precipitated by giving calcium to hyperkalemic patients.  Amit Maini of ED Trauma Critical Care does a great job of reviewing this here.
Bottom line: Calcium is unlikely to cause any harm in acute digoxin toxicity, and even less likely in chronic toxicity.
Inspired by the great reviews above, I’ll do my best to analyze other medical dogma, and separate the axioms from the pseudoaxioms.
Please send me your questions, comments and ideas for future topics using the contact page, comments or on twitter @socmobem
Cheers!