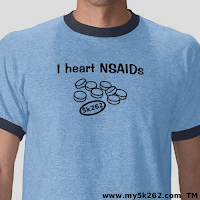 I love NSAIDs!  Yup, love ‘em!
NSAIDs (Non-steroidal anti-inflammatory drugs) are some of the best analgesics available, plus they’re generally over the counter.  Despite their daily use for decades, NSAIDs remain sorely misunderstood.  I know they’re not a panacea, and they have some serious side effects in certain populations.   But for healthy patients without co-morbidities, they are pretty awesome painkillers, with no addictive potential (that I’m aware of).
Before we start, perform a Gedanken experiment if you will.  Not a true Gedanken Schrodinger’s Cat type experiment, but answer the following questions in your mind. 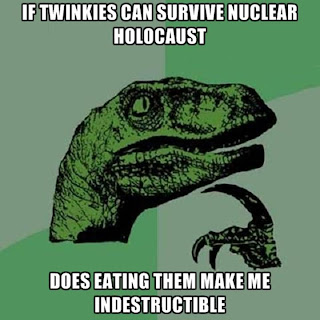 1) What is the best NSAID for analgesia?
2) Do oral or parenteral NSAIDs provide better pain relief?
Got your answers? Good.
Based on the conversations among staff, residents and nurses in the ED, oral or parenteral ketorolac (AKA: IM Toradol) is the strongest/bestest/most fantastic/awesome NSAID out there.
WRONG!
I know that regardless of what I say from here on, some of you will stand by IM Toradol like a dying loved one. That’s okay, I understand.  It’s not your fault that you’ve been brainwashed into thinking this way.  Or maybe it’s anecdotal experience from years of practice, and I’m just a young pup who doesn’t know anything.
Just hear me out.
What is the best NSAID for analgesia?
There isn’t one.
They’re all the same when dosed appropriately. I cannot say it better than Grant Innes did in this 2005 review of ED pain medications.
“Although some agents have been advocated for specific indications (eg, indomethacin for gout), there is no compelling evidence that any one NSAID is superior to any other—for any indication. Consequently, NSAIDS should be selected based on convenience, cost, and availability rather than on theoretical efficacy advantages.”
Important to note are the dosing regimes for each NSAID, as they are more than often used in the ED:
Ibuprofen up to 800 mg QID
Naproxen up to 500 mg TID
Ketorolac up to 10 mg QID
Indomethacin up to 50 mg QID

*Edit: There is an important concept of ceiling effect with NSAIDs.  I left this out here, and it is very important so we’ll discuss it in part two of the NSAID saga.  Thanks to reader @ETtube for pointing this out.

Other NSAID regimes are also found in this paper, but these are the most common ones in North America.
But what about IM toradol?  It always works for my patients.
I don’t know but maybe these these guys know the answer. 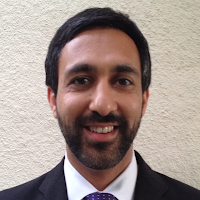 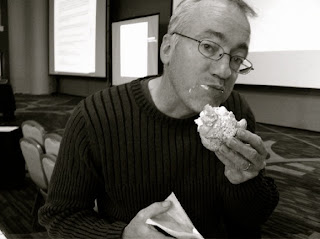 That’s right, Sanjay Arora and Mel Herbert from EM:RAPactually wrote a paper on this.  6 years ago!
I highly suggest you take 10 minutes of your day to read this great article in CJEM in 2007. The full text version is free as well.
Alternatively, I’ll summarize it here.
1994 Wright et al.– Retrospective analysis of data that was collected by prior prospective survey.
800 mg ibuprofen po vs. 60 mg ketorolac IM – NO DIFFERENCEin pain as rated by visual analogue scale (VAS)
1995 Turturro et al. – Prospective DBRCT (Double blind randomized controlled trial).
800 mg ibuprofen vs. 60 mg ketorolac IM  – NO DIFFERENCE
1998 Neighbor and Puntillo – Prospective DBRCT. 800 mg ibuprofen vs. 60 mg ketorolac IM.  All patients had self-assessed pain between 5-8/10 on VAS.
NO DIFFERENCE
*Funny thing about this study is the author’s name is spelled as Neighbour with a “U” in the text, but not in the references.  Funny because the Canadian CJEM autocorrect probably added the “U”.  Maybe funny just to me.*
They also cite two more trials comparing post-op pain with the same ibuprofen vs. ketorolac dosing, but at this point, you get the picture.
Finally, all of these studies compared 60 mg of ketorolac IM to 800 mg of ibuprofen.  Who actually gives 60 mg?  I’ve never seen it where I work, where 30 mg is the standard dose.  So, maybe ibuprofen is actually better than the 30 mg of IM ketorolac that we give.
Some of you may say, “I use the toradol for the placebo effect of an injection.  You can’t argue with that.”
Sorry, someone studied that too.
This study by Schwartz et al. was a prospective DBRCT in which patients “were unknowingly given 800 mg oral ibuprofen in a flavoured drink and then given either a placebo IM injection or a placebo pill.”  No patient really received any IM medication in either group, and there was similarly no difference in the VAS between the two groups.  So IM for placebo effect only also appears unwarranted.
Also, that study design is kick ass!
Treatment bottom line:
There is no difference between NSAIDs when it comes to pain control.  Just use an adequate dose of whichever you choose.
IM ketorolac still has a role in vomiting patients or those unable to take po meds, but don’t kid yourself that it’s a “stronger” medication.  It’s not.
Despite all of this, I agree that some NSAIDs work better for certain people?  Why is this?
Watch for parts 2 and 3 of the NSAID discussion, where we’ll talk about this and much more.
*Personal disclosure: I use ibuprofen almost exclusively, but also use Naproxen, as the BID (can go TID) dosing regimen generally means patients will be more compliant and hopefully have better pain control for a greater duration.  When we discuss side effect profiles in the coming weeks, you’ll see why I don’t use ketorolac.
Cheers,
SOCMOBEM
References:
Innes GD, Zed PJ, Emerg Med Clin North Am. 2005 May;23(2):433-65, ix-x.
Arora S, Wagner JG, Herbert M. CJEM. 2007 Jan;9(1):30-2.
Schwartz NA, et al. Acad Emerg Med. 2000 Aug;7(8):857-61.