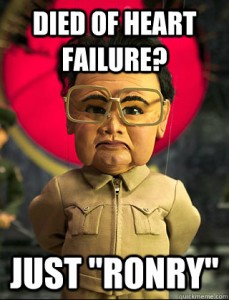 Imagine you are an attending ED physician supervising a learner.

A 72 year old female presents to the ED with cough and shortness of breath worsening over a week.  She has a history of Afib, previous MI, diabetes and dyslipidemia.  She has recently been non-compliant with her meds and has been taking some ketorolac (damn you ketorolac) for her arthritis pain.  Tachycardic and hypertensive, the patient is in distress, but not about to die this second.

The LMNOP mnemonic for acute CHF must be one of the all time most cited medical mnemonics. Most 1st and 2nd year medical students can rattle this one off without much difficulty (thanks a bunch, Toronto Notes!), but is LMNOP really all its cracked up to be? 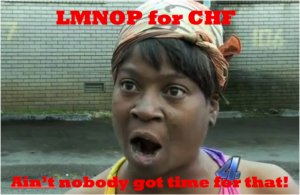 In this post,  I’m going to propose we replace the old LMNOP acronym with “POND”.   It’s shorter, it’s a word, and it puts the interventions in their actual order of benefit, as opposed to LMNOP which starts with crappy lasix and morphine.  Let’s talk about the evidence based management of acute heart failure.

The primary reference for this post is this article by Paul Marik (He of the famous “Seven Mares” CVP article and central line infection meta-analysis.  See my post on CVLs here) and Mark Flemmer in the Journal of Intensive Care Medicine. I would highly suggest everyone read this article!

Let’s look at the old LMNOP mnemonic letter by letter.

Because it lasts six hours.  (True of po lasix.  IV is more like 2 hours)

What level of evidence is the use of diuretics in ADHF?

In the words of Joe Lex, lasix is “GOBSAT” – Good ole’ boys sitting around a table.

The biggest study of lasix in ADHF comes from Peacock et al. who looked at the ADHERE (Acute Decompensated Heart Failure National Registry – A registry of over 100,000 patients treated for ADHF) data in 2009.  They found patients receiving <160 mg furosemide in the first 24 hours in hospital had significantly less decline in renal function, length of stay, and in-hospital mortality (OR 0.87, 95% CI 0.78-0.97 p=0.01) when compared with patients receiving > 160 mg in the first 24 hours.

In a smaller but cooler study of 110 patients, Cotter et al. randomized 110 patients with cardiogenic pulmonary edema to high dose nitrates vs. high dose lasix, and found much higher rates of mechanical ventilation (21 in lasix group vs. 7 in nitrate group, p=0.0041) and MI (19 in lasix group vs. 9 in nitrate group, p=0.047) in the lasix group.  Admittedly, the lasix dosing in this study was very high, but as a proof of principle, I think this article helps provide the leeway to get studies using less diuretics past ethics review boards.

Below is a quote from Marik’s paper in which he details why lasix is unlikely to be beneficial in heart failure.

“It has been erroneously suggested that diuretic-induced changes in preload increase ventricular performance by 2 mechanisms, namely (i) by shifting the ventricle to a “more optimal position on the descending limb on the Starling Curve” or (ii) by reducing LV size and thereby reducing systolic wall stress (afterload) by the LaPlace effect. However, high-dose loop diuretics have a number of adverse effects in patients with HF, which include direct activation of the RAAS, increased arginine vasopressin (AVP), increased norepinephrine levels, decreased glomerular filtration rate (GFR), increased systemic vascular resistance, and electrolyte disturbances.”

There are many more references in Marik’s paper supporting nitrates in place of diuresis, going as far back as 1983.

So, am I proposing we stop diuresing ADHF patients?  No.

Lasix stays in the acronym, but based on the above data, you can see why it now moves to last place in the POND (D for Diuresis) acronym.  There are other interventions that will work more rapidly, effectively and have more benefit for the patient.

While lasix is a slightly controversial therapy, morphine is downright dangerous.  We’ll keep this short and sweet.

Again looking at the ADHERE registry data, morphine is an independent predictor of mortality (OR 4.84) and also carries an increased risk of intubation.  There is a reason morphine is a good drug for dyspnea in end-of-life care, it blunts the respiratory drive.  So don’t blunt the respiratory drive of your acutely ill heart failure patients. (Unless of course you want to palliate them, which is an appropriate conversation you should be having.)

Now were getting to the good stuff.  Nitrates are a mainstay of ADHF management, but unfortunately get way, way, way less love than lasix.  Whether it is spray, patch, tablet or infusion, getting nitro on board right away is a critical intervention for your heart failure patients.  To hear the virtues and practical use of nitrates espoused further, take a stroll down memory lane with EMCrit Podcast #1 by Mr. ED Critical Care, Scott Weingart. Holy crap, that was 4 years ago!

When looking at the literature, there are numerous articles referencing what are considered huge doses of iv nitrates, 200-400 mcg/min.  I find that practically, this is impossible if you ask a nurse to do it, as the rates are about 4x higher than what they are comfortable with.  The concept of a nitro infusion alone is unfortunately fraught with trepidation among many staff, including nurses, medical students, residents, etc. because of concerns about a precipitous drop in blood pressure.  However, many decompensated HF patients have a massive catecholamine surge, and have blood pressure to spare.  If you have a hypotensive HF patient, well, that kinda sucks.

As an example, earlier this year I had a nurse setup a nitro infusion, then I asked him to turn away while I blasted it at 200 mcg/min for a couple of minutes before turning it down.  Worked like magic, but there was no way the nurse would have done this for me.

I think the more practical way to do this is to spray 1-2 pumps of sublingual spray (400 mcg/spray) q5mins while setting up the infusion.  Nurses will have no problem doing this, and at that point you can start the infusion at a lower rate after your sublingual “boluses”.

There are no randomized controlled trials studying oxygen vs. no oxygen for ADHF!

However, this does lead into the two P’s, Position (upright) and Positive Pressure Ventilation, where there is evidence for CPAP over standard oxygen therapy.

Those are ridiculously good numbers, which is why CPAP is my #1 treatment for ADHF patients.  On my last CCU rotation, I was called every night about some crashing ward patient with hypoxemic respiratory failure from ADHF.  Every single time I would go to the ward, discuss code status, call a respiratory therapist and start CPAP.  Not one of those patients was intubated.  NIPPV rocks!

Note that CPAP is as good or better than BiPAP for heart failure because it is a problem of oxygenation.  BiPAP is only needed if there is concurrent hypercarbic respiratory failure, such as in combo CHF/COPD patients.

Note: As an aside, you should be aware that while hypoxia is bad, hyperoxia also has deleterious effects.  So, you don’t need to get that PaO2 up to 500 and blast those lungs with free radicals.

If you want to learn more about oxygen physiology, do a PubMed search for Daniel Davis from the University of San Diego.  You can also hear him discuss pulse oximetry lag on EMCrit episode 88 and the May 2012 EM:RAP podcast where he discusses hyperoxia in traumatic brain injury.

Post-publishing edit: Thanks to one of my readers who points out that NIPPV may not be quite as awesome as this Cochrane review suggests.  However, when applied early it is still an integral part of preventing intubation in these patients. 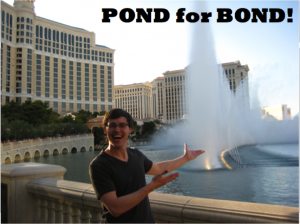 Below is a table from Marik’s paper listing the evidence based beneficial and harmful therapies in ADHF.  There’s a lot more to discuss, particularly inotropes and beta-blockers, I’ll try to get to those in the future.