You are here: Home / Chris Bond / A Matter of Convenience: Improper Drug Dosing in the ED

Sergey Motov (@smotovmd) sparked an interesting Twitter debate last month with his poster that looked at ketorolac (Toradol) dosing in the ED. 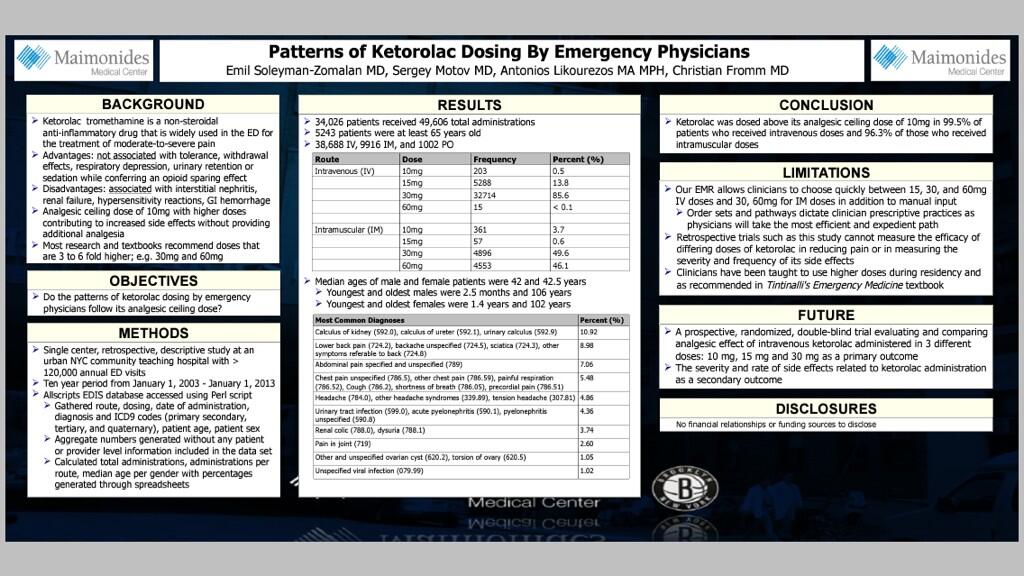 I have previously written about ketorolac in NSAIDs parts one, two and three.

Elisha Targonsky (@ETube) commented that the equi-analgesic and less GI toxic 10 mg ketorolac dose is standard in his ED.  Whaaaatttt? 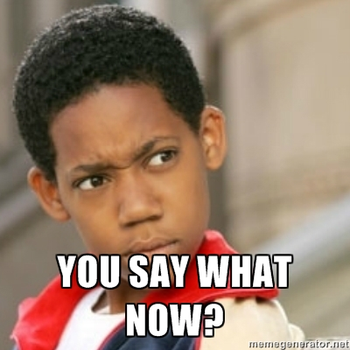 But how? I’ve worked in several EDs and have never seen the 10 or 15 mg dose of ketorolac used regularly.  How could it be that 10 mg is used regularly in this ED?  Simple.

Which prompted Sergey and I to say

So simple, yet so brilliant!

In most EDs, including mine, the ketorolac vial is 30 mg/mL in a 1 mL vial.  This makes it fairly obvious that convenience is at least part of the reason 30 mg remains standard dosing for ketorolac. If everyone only had 10 mg vial, I’m sure it would become the standard dose in no time.

There are many medications that are commonly dosed incorrectly because the convenience of not opening a second vial or hanging a second bag, etc.

The first dose of vancomycin is often dosed at 1 gram when it should be 15-20 mg/kg or 25-30 mg/kg (up to a maximum dose of 2 grams) in septic shock or meningitis.   Bryan Hayes (@pharmertoxguy) reviews the literature on this subject here at Academic Life in Emergency Medicine.

Unfortunately rocuronium comes in a 50 mg, 1 mL vial.   This frequently leads to inadequate dosing because a 70-80 kg (or more) patient will only be given 50 mg in order to save opening the extra vial.  When dealing with hypotensive ED patients it may be even more important to use the 1.2 mg/kg dose of roc, given potential decreased drug effects due to hypoperfusion and prolonged time to circulation.

These are just three common examples I can think of, but I’m sure there are many more.  What drugs do you find are dosed improperly on a regular basis?  I look forward to your comments.

Comparison of rocuronium, succinylcholine, and vecuronium for rapid-sequence induction of anesthesia in adultpatients.

Effect of suxamethonium vs rocuronium on onset of oxygen desaturation during apnoea following rapid sequence induction.

Vancomycin dosing in the ER from Bryan Hayes @pharmertoxguy